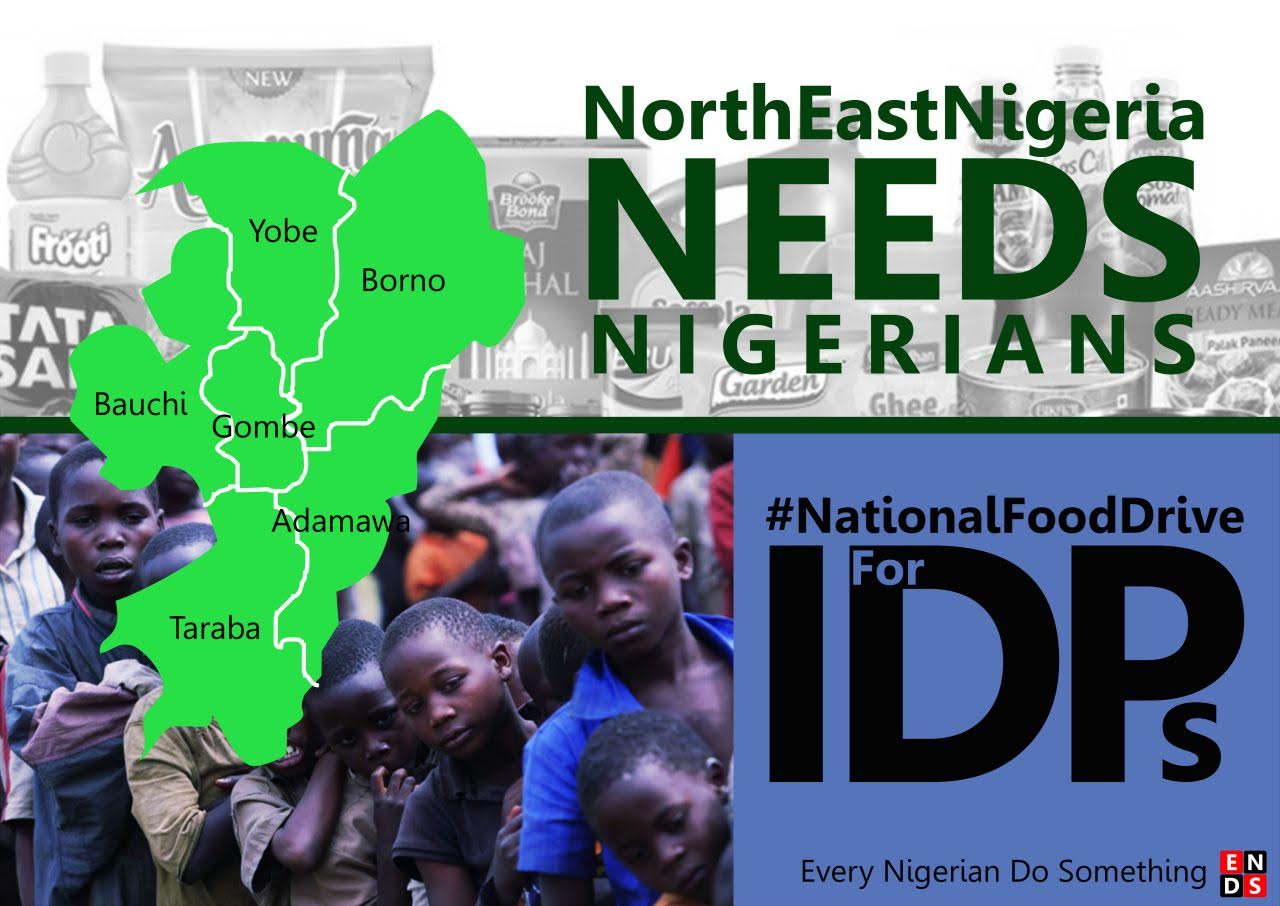 ENDS Mission: Building Peace And Promoting Progress Through The Power Of The Individual

March 18 is a day from which Nigeria will never be the same. It marks the foundation of something better. On March 18 2013, there was a sad truncation of many innocent lives at a bus stop in Kano. These were people talking on the phone, waving good bye to their families and promising to return soon. These were bread winners, mothers, fathers, sons and daughters. But certain very sick people, this day, decided to display their inhumanity and ungodliness, by blowing up buses and stealing these innocent people’s futures…to what end? Instead of letting this destroy us, the March 18, ENDS movement began that day, to retaliate evil for good. 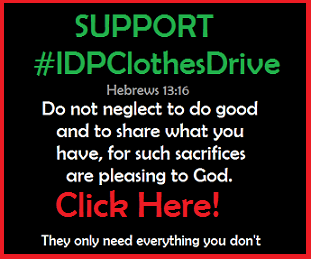 The only weapon against evil is good. When evil sees good and graciousness, it cowers away. Those who died and were hurt that day will never be forgotten, as the March 18 ENDS movement, by God’s mighty grace will immortalize their memory and via the power of the good in each man and collective good in every man, this seed planted will reap a harvest of change in Nigeria. Thank you for being a part. The good you did today did not stop where you did it, it spread to all ends of the world.

We can change our fate if we all do Something. The suffering has to end in Nigeria. The killing, the terror, the bad governance, kidnapping, bombing, corruption. If we all do one good thing about it, one good effort, not just talking, things will change.

The March 18th ENDS movement was established to proactively promote good and love as the only sustainable weapon against evil. 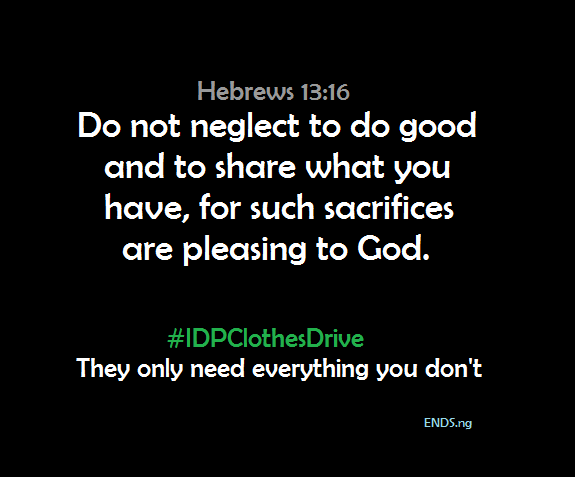 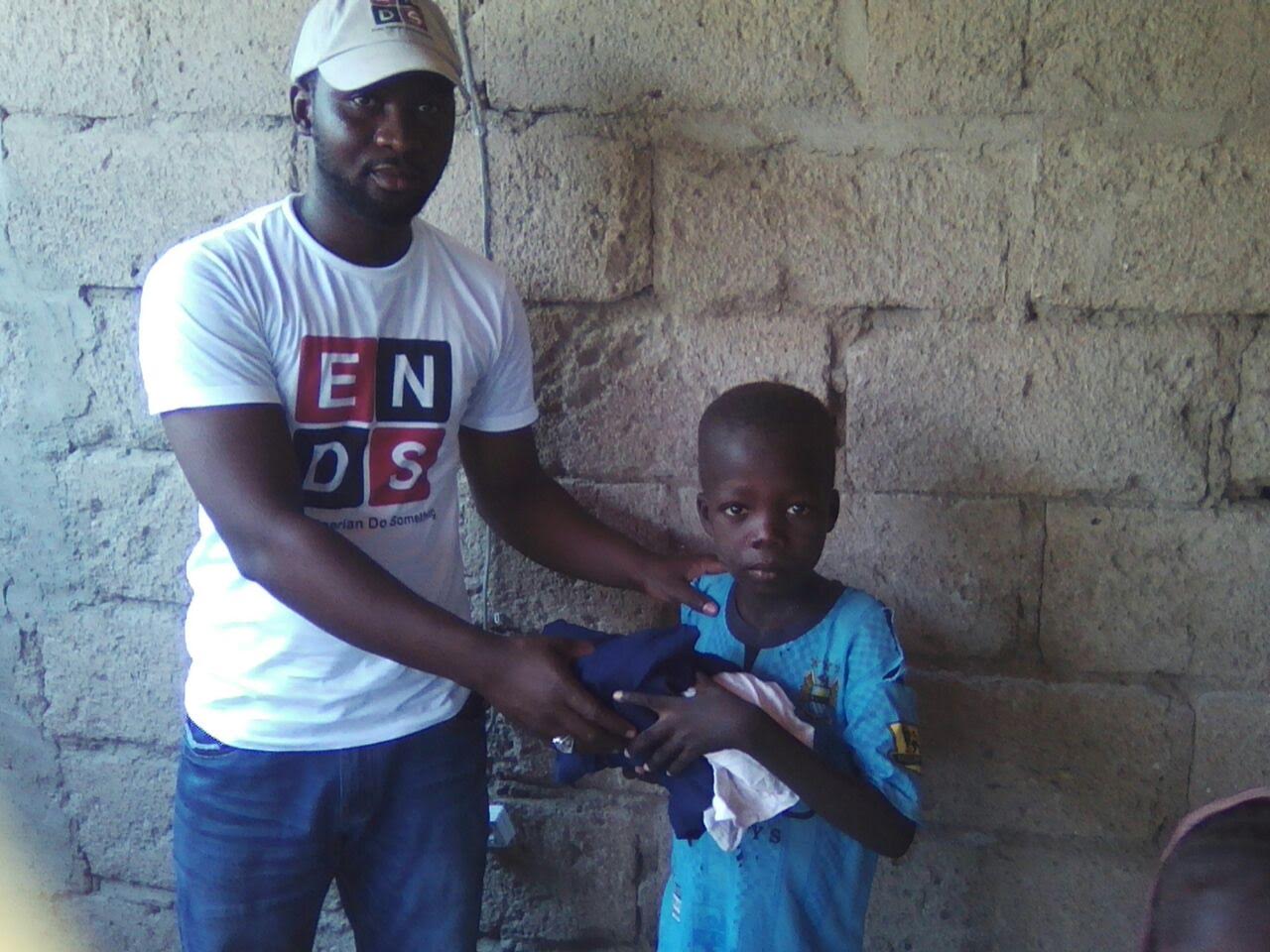 ENDS approaches peace, stability and progress by harnessing and activating the power of the collective potential for good in individuals and communities.

Established March 18, 2013, in reaction to a deadly bus stop bombing by unknown agents in Kano state of Nigeria, ENDS has since approached improving coexistence and promoting peace oriented behavior of Nigerian citizens via research, education, information and support and reward for citizen and communal peace directed behavior and initiatives.

Currently ENDS is supporting Nigerian civilian vigilante force, popularly known as the Civilian JTF, who have risked and lost their lives doing a wonderful job assisting the national security services to protect the northern extremes from the actions of the Boko Haram terrorist sect.

Peace can only be real and sustainable with citizen initiatives and participation. 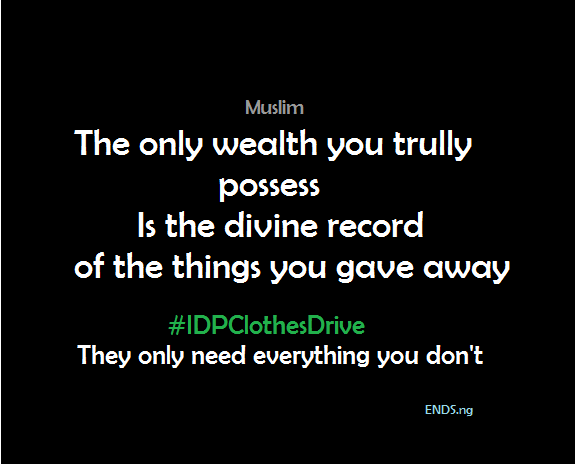 ENDS [Every Nigerian Do Something] http://ends.ng

Our global mission is to create meaningful change in Nigeria through the promotion, support and celebration of peace-geared, progressive and developmental community-led and self-sustaining initiatives.

ENDS approaches peace, stability and progress by harnessing and activating the power of the collective potential for good in individuals and communities. 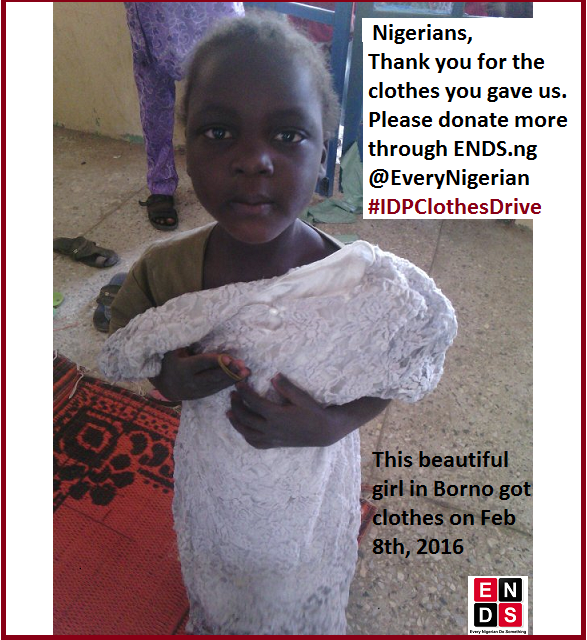 We work with partners:

Nigeria has a population of over 150 million. The population has a very high youth demographic. The nation has abundant resource including arable land and oil. Despite having a healthily large population and great ecological resource, the nation is embroiled in poverty. Poverty predictably leads to violence and violence leads to more poverty in a vicious cycle. Political failure and manipulation bedevils progress. While addressing the political woes may be the most powerful method of repair, a bottom up approach is critical toward immediately preserving life, hope and the ability to prosper. Recalcitrant ethnic crises sprout across the nation from north to south. First there was MEND (Movement for Emancipation of the Niger Delta) militia force, which engaged in a campaign of sabotage, destroying pipelines and kidnapping, then there was Boko Haram, a radical Islamist terrorist organization in the North East. These two major groups have caused hardship in the nation over the last decade. But ethno-political militia and ethno-religious conflict is not limited to these. Other fracas are prevalent, including religious riots and attacks most predominant in the north; cattle-rearer and farmer land conflicts; a new Ombatse cult terrorism; and numerous outbreaks of political and clan related violent conflicts and terrorism. 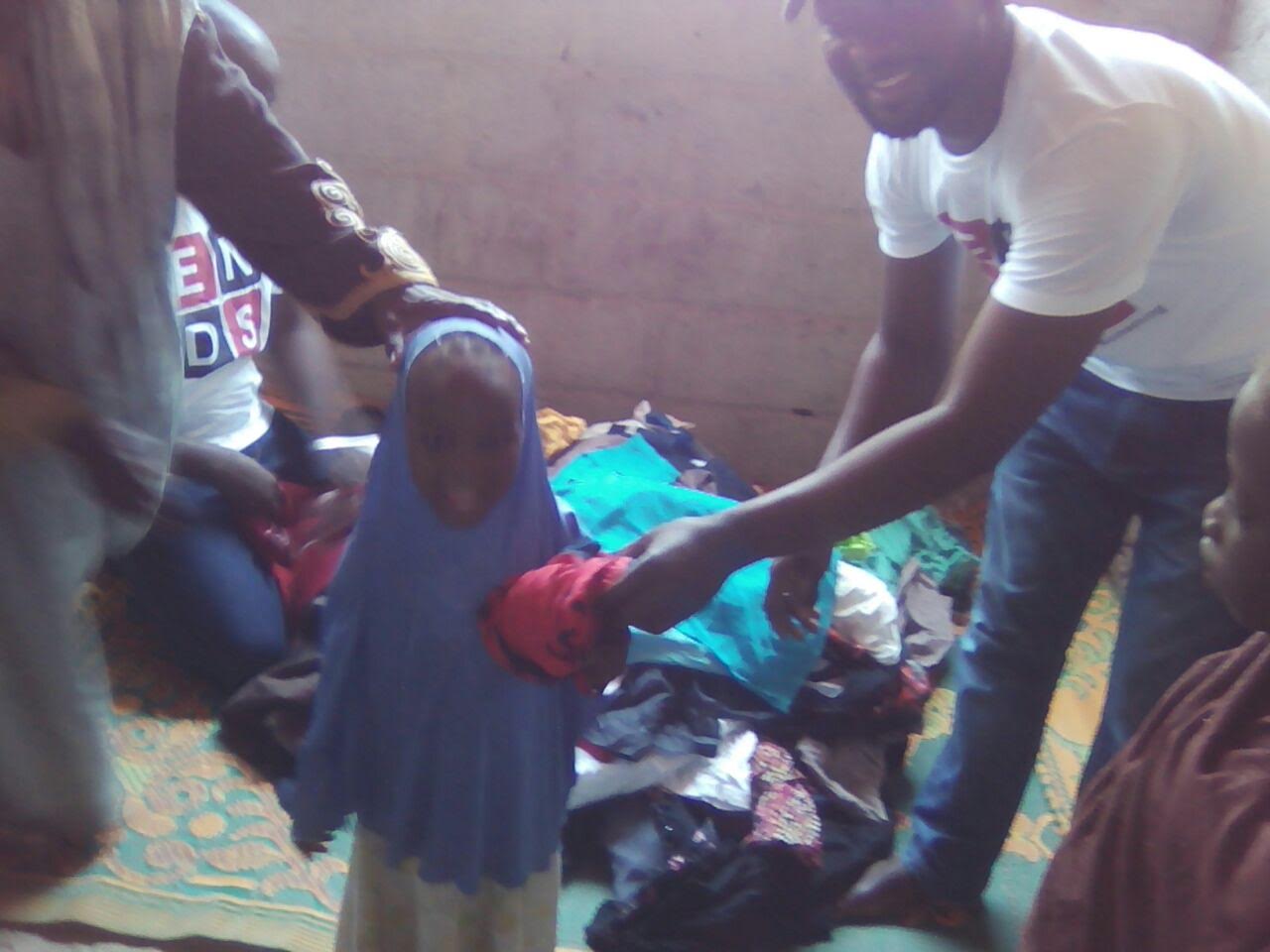 Combating the old and resurgent violent riots and conflicts demands a concerted masses oriented approach. Vigorous effort must be focused on citizen reorientation enlightenment and campaigns toward a hesitant and reluctant response to instigation and perceived oppression. Communities must have dynamic and active leaders who pre-enlighten against resorting to violence. Inter-clan and inter-faith efforts must be stepped up. There also needs to be an active civilian youth force, ‘boy-scout’ in nature to proactively intervene and disseminate active crises.

Boko Haram reined one of the greatest campaigns of urban terror in history over the last 3 years in Nigeria. With over 3000 civilian deaths via bombing of religious sanctuaries and the inciting of sectarian strife, the headline Boko Haram insurgency appeared poised to destroy the nation.  Nigeria’s government without the necessary support of the masses, most especially in the Muslim predominant Boko Haram infested cities, was incapable of mounting a counter war against the group. In Mid last year, several citizen groups affiliated with ENDS became highly active, and together with ENDS between July 2012 and May 2013, gave the Nigerian government the necessary support and encouragement to initiate a counter war against this terrorist group. Success in the campaign by the military was only made possible by the invocation of a Civilian vigilante force in the affected cities. Reported by AP, the ‘Civilian JTF’ youth force took up a definitive role assisting the armed forces in combating terror and protecting their communities. The Boko Haram terrorism crises has since been largely contained and the state’s most affected have commenced rebuilding. While the exact impact of ENDS contributions in writing, material and support to the government and civilians cannot be precisely measured, this case study goes to delineate the importance and effectiveness of citizen coordinated efforts toward securing life, establishing peace and protecting development.

Letter of Appreciation from Borno Civilian-JTF (Click for letter)

“John Campbell, a senior fellow for Africa policy studies at the Council on Foreign Relations and a former United States ambassador to Nigeria, makes a similar point: “We are talking about a body that is relatively weak,” he says, one that “has been starved of training and resources for a very long time.” In the absence of an effective military response, the job of combating Boko Haram has fallen to the Civilian J.T.F. “We are responsible for fighting them,” Kalli said. Widely credited with pushing Boko Haram out of Maiduguri a year ago, the Civilian J.T.F. dispenses a summary justice.” –New York Times. November 5th, 2014

ENDS has been producing writings that promote peace, ethnic tolerance, cultural harmony and religious coexistence in Nigeria. Our articles include: Genocidal Thinking; Culture Conflicts and Advancement among others. Articles are published in major media before and during crises in the nation to contribute to the discussions and promote peace directed understanding and resolution. ENDS aims to promote more writing and organize seminars and conferences to develop on peaceful agenda and thought processes from broad contributions.

ENDS gives awards to Nigerian individuals and agencies who have shown excellence in their conduct. Selflessness, dignity, resourcefulness, character and conscientiousness are celebrated. Nigeria needs role models. Presently financial gain regardless of source is idolized. Virtue needs to be appreciated.

The ENDS civilian volunteer arm has been designed to recruit civilian volunteers, who will engage actively in their colleges and communities selflessly, toward enlightenment, rescue, rehabilitation and crises intervention. The Civilian JTF is an example of civilian groups in action. ENDS supports existing groups and also sets up EVERT (ENDS Volunteer Ever-ready Task force) of trained individuals in emergency rescue, crises intervention, public enlightenment, public health and safety awareness and other related roles including neighborhood cleaning and traffic direction.

Via our media partners and friends in the government, as well as traditional leader partners, ENDS advises and supports leaders rescue and build communities. ENDS publishes articles that challenge leaders to provide better leadership with citizen interests at heart. ENDS is an apolitical organization, hence it is not caught up in the political embroiling that hampers many other persons and associations from promoting the best choices that preserve life and allow for thriving.

We are donated stun guns, pepper spray and walkie-talkies to the Civilian JTF youth vigilantes in Borno and Yobe states.

The government has initiated a program to train these youth to be more efficient, safe and professional in protecting their communities.

As yet, these youth who risk their lives have not gotten any notable support from the people of Nigeria. ENDS donations of these equipment hopes to encourage Nigerians to support citizens braving the great risks and doing something positive in their communities towards peace.

ENDS is working with the United Nations to support displaced persons across Nigeria.

For Donations in Nigeria 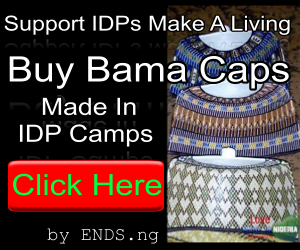 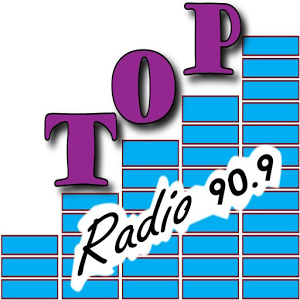